the ant puts by and plans ahead,

The ants in frantic harvest

The grasshopper, all moony,

ponders the green of today;

does he his muse pursue;

he yearns to be a poet

Many more thanks to photographer S.W. Berg.

I have no idea how he got the grasshopper to pose like this.

appears to think that he

has right of way and title

I am sure I heard harrumph!

as I dared to hover near;

suspiciously he eyed me

“My mentor was a Klingon”

“who considered me outstanding,

in point of fact, precocious.”

he proclaimed as he lifted and veered

to a multi-green leafy lilac 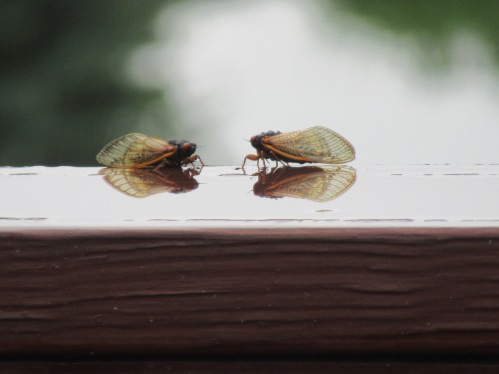 How many swings and swerves?

Is her language getting colorful?

Are we getting on her nerves?

Did you see my body slam?

I love this summer game!

What sport her dodge and dip,

her crazed and darting eyes,

her twitch at our chorale

of razors in the skies.

I’ll race you to her head!

Come on! I double-dare!

The winner is the one

who gets tangled in her hair!

Victor Herbert wrote songs for my parents’ generation, so I was raised with some of them. One, I think, he wrote especially for writers: “Ah, sweet mystery of life!”

I’ve been without words for a few weeks now. Total blank. Tabula rasa. Nada. Zip. I’ve started a few blog posts that were the undead of writing.

Meanwhile we’ve gone overnight from Too-Cold-To-Garden to Yikes-It’s-Suddenly-Summer-and-Get-Those-Plants-In-NOW! It’s been wonderful to take my dejected writer self to the dirt.

It used to be that digging in my dirt was about worms. Now it’s about cicadas. More, there’s a little bush in front festooned with their overcoats. Apparently a bunch of cicadas got together and decided to shed simultaneously, leaving their outsides dangling on my little shrub like so many crispy-looking ornaments. Ick.

That ghostly emptiness speaks to me. The writer is only an exoskeleton when she doesn’t have words, and the wind whistles through her as she dangles from some metaphorical shrub.

I know that my sadistic muse is nearby, smirking.

the bug and I together,

but I ponder our relative states:

who has the higher trajection,

the one with legs and wings,

or the one stuck in this election?

More thanks to photographer S.W. Berg

to buzz each flower 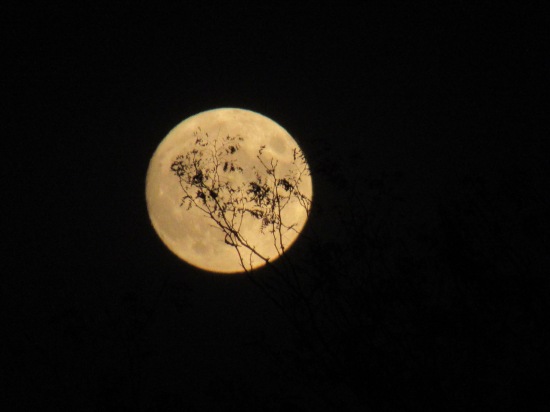 will I hurt the air,

will I break the moon, 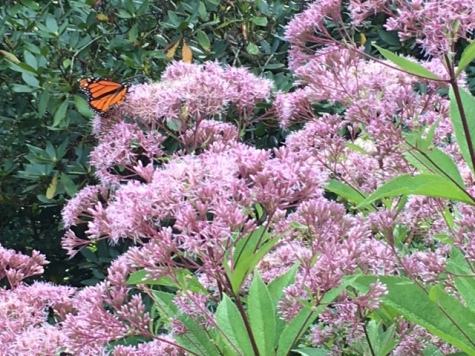 then does the butterfly know

to kiss it goodbye.

With thanks to photographer Mary Jo Bassett.

It seems to me

to get my goat

among the day’s banes?

to taunt and annoy.

There was nothing to do

but take all apart

and grouse at the bug

who thought he was art.